LTCWM > Blog > What to learn > Skill > What Is the Ruby Programming Language? Pros, Cons & Courses 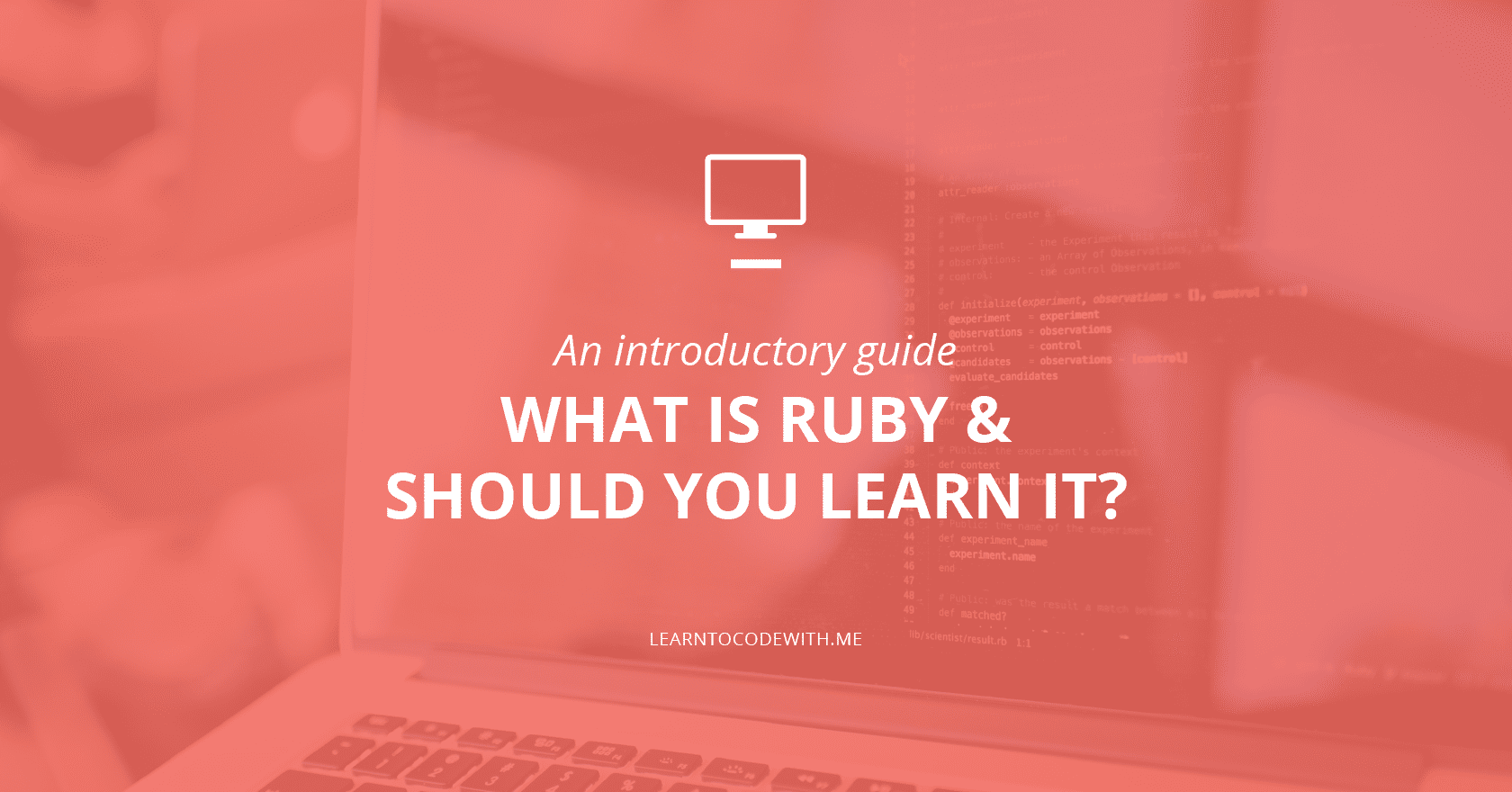 First of all, while Ruby isn’t the most common coding language, it is a powerful one. Some of the top websites in the world got started with Ruby on Rails, such as Twitter, Shopify, Github, Hulu, Airbnb, and many more!

In this post, we’ll cover more about what Ruby is, Ruby vs. Ruby on Rails, examples of what Ruby is used for, the pros and cons of using the Ruby programming language, and where to start learning Ruby code.

What is Ruby and should you learn it? This introductory guide will bring you up to speed.

The language was developed in the mid-1990s by Yukihiro “Matz” Matsumoto in Japan. The latest version of Ruby is Ruby 3.1, which was released on Christmas Day in 2021.

🛤️ Ruby vs Ruby on Rails

What is Ruby on Rails? If you’ve heard of Ruby, you’ve probably also heard of it in connection with Rails.

Ruby on Rails (RoR), also commonly just called Rails, is Ruby’s web framework. It is a server-side web application framework written in Ruby under the MIT License. Ruby on Rails follows the model-view-controller (MVC) pattern—one of the most well-known patterns in development.

It basically gives the Ruby scripting language more organization; it’s a collection of code, tools, and utilities that give you a specific structure to work with.

Quite simply, Rails makes web development easier. It basically gives you everything you need to create a web application.

Although Ruby is most commonly used in web development, it can also be used for automation, command line tools, DevOps, and more.

For example, Coursera has a course called Ruby Scripting for DevOps that teaches you how to work with DevOps tools that use Ruby.

So, what is Ruby good for if you’re an aspiring developer? Here are some pros and cons of learning the Ruby coding language.

🎓 Where to Learn Ruby Programming

Here are a few courses to check out if you’re interested in learning more about Ruby:

Disclosure: I’m a proud affiliate for some of the courses mentioned in this article. If you buy a course through my links on this page, I may get a small commission for referring you. Thanks!

💸 Not ready to commit to a paid Ruby course? Check out this post for places to learn Ruby for free.

Should You Learn the Ruby Programming Language?

Whether you’re looking to get a full-time web development job, build your own Ruby apps or projects, or strike out on your own as a freelancer, learning Ruby and/or Ruby on Rails can be a great choice to help you reach your goals!

Learn what Ruby is, how it’s different to Ruby on Rails, what it’s used for, and more in this post.