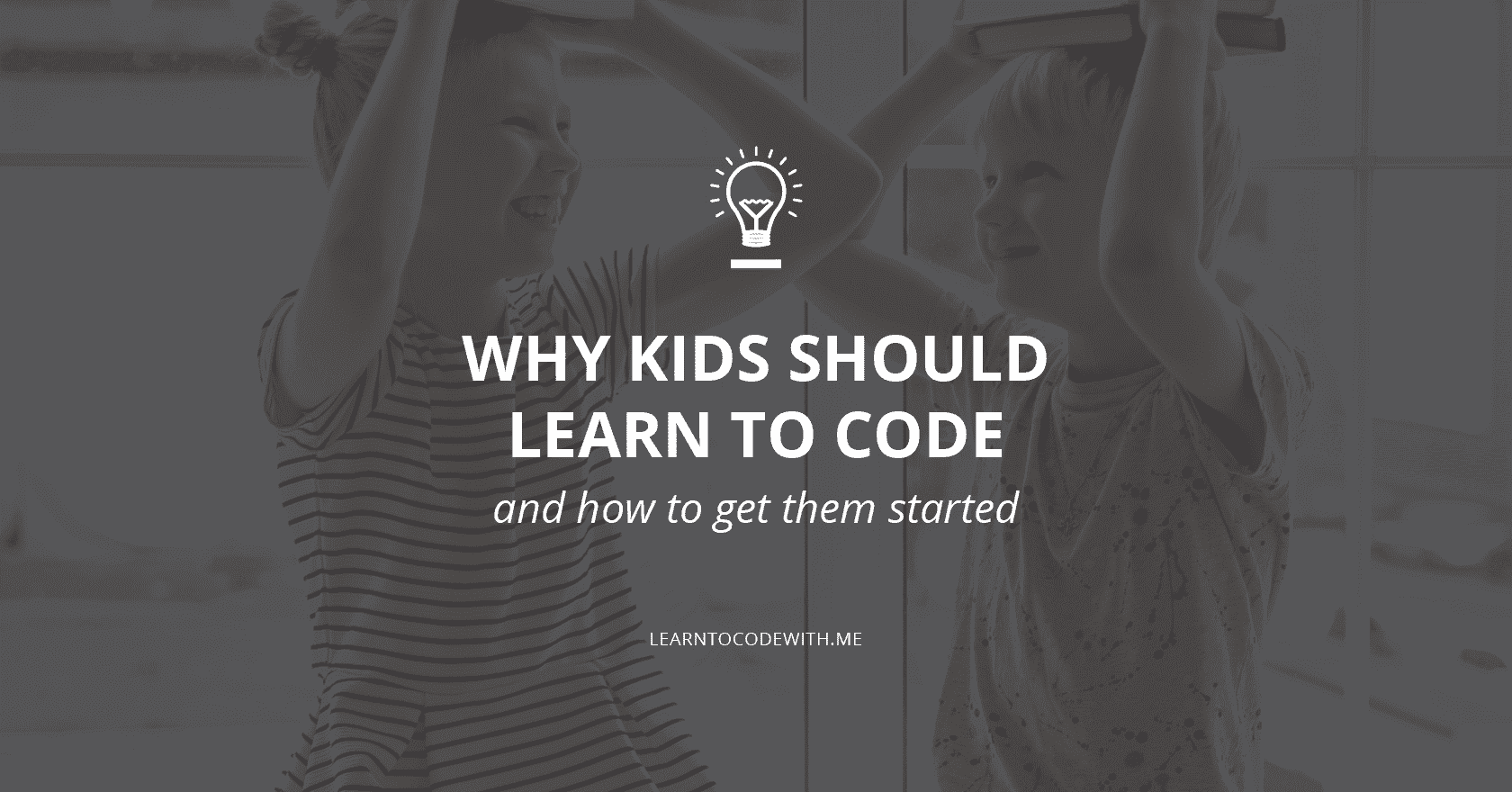 You’ve probably heard that learning a new language is easier for children—and it’s true! Kids are still developing their brains and forming neural pathways, making it easier to absorb information.

When most people talk about kids learning languages, they’re thinking about French, Spanish, German, etc.—not programming languages like HTML and CSS. But in this modern world, coding for kids is just as important and impactful as growing up bilingual or trilingual!

So, what is coding for kids and how can you get them started? In this guest post, Burkhard Berger explains the importance of coding with kids and great beginner coding languages for them. He also suggests a variety of paid and free coding-for-kids resources.

Why Should Your Child Learn How to Code?

Coding is increasingly becoming one of the most important skills to have if you want a high paying job in the future. According to a report from Burning Glass, there were seven million job openings in 2015 for occupations that required coding as a skill. The same report brought to light that programming jobs are growing 12% faster than the average market rate.

Programming jobs also allow people the opportunity to make money online and have a more flexible work schedule. It is one of the few jobs that also give you the ability to take on multiple clients at the same time and manage your own work projects.

For most parents, these reasons alone are enough for them to realize that coding with kids will undoubtedly give their children a leg up.

However, if you are looking for more benefits of coding for kids, here are a few worth mentioning:

In the long run, coding is going to become an indispensable skill to have which means anyone who excels at it has a good chance of becoming indispensable himself. Even in the short term, you will see an improvement in academic performance and your child’s overall growth since coding really allows a child to reach their potential.

Think of coding much as you would think of learning a new instrument. It takes hours of practice, years of hard work, and plenty of guidance but the sooner you start, the better. Kids as young as six years old can start to learn the basics of coding with the help of immersive apps, online classes, or in-person courses. We will cover a few of the best options for each of these next.

What Is Coding for Kids? 3 Beginner Languages for Children

Most parents are of the opinion that coding can only be learned by adults and would be an impossible task for children. However, what you need to understand is that the lines of code that you see when you Google the word “coding” is not what your child will be starting off with. They’ll work up to those complex languages over time.

That brings us to the question: what is the best coding language for kids? There are many options, but here are a few good ones to consider if your child is just beginning.

Scratch is a block-based programming language that is most suitable for children over the age of eight. It was created by Mitch Resnik at the Massachusetts Institute of Technology (MIT). The software has been translated to over 70 different languages and can be used by children to create mini-projects using blocks.

The visual blocks make it a great coding option for kids since it eliminates the annoying lines of code that can scare away even teens. Learning to code becomes simple and it is a good first step for any child because it gives them the confidence to move on to the second.

The child walks away feeling like they were the true designers of the game or project they created, which can be exhilarating. Another cool feature is that you store your saved work onto the Scratch server which allows other users to see it and learn from them.

Blockly is another visual programming language, which is why it is suitable for coding with kids. It was created by Google and is an open-source software free for anyone to use. It is a visual code editor that can be added to web and mobile apps. So, instead of actual code concepts like loops or variables, Blockly will use blocks to showcase these elements.

It is often considered to be a client-side library for the JavaScript programming language. A good way to think of Blockly is to look at it as a language created out of multiple other programming languages. It can also be described as a superset of languages because of this feature. It is often considered to be Google’s response to Scratch since the two share so many similarities.

The software works by stacking blocks together to form the code, which can later be translated into actual textual code. Despite being very child-friendly, Blockly can also be used to create mathematical equations and other more complex code which is why it can teach coding for kids up to the age of 16.

Lastly, Lua is the only text-based programming language on this list. It is considered to be a good language to use when you are first coding with kids and introducing them to text-based code.

Lua is a free coding language known for its speed and simplicity. It is often used to create apps and games on Android and iOS devices. You can see what Lua programs look like with this live demo.

Where to Start Coding with Kids

If your children are just about to take their first coding class, it is important that you take a few minutes to actually prepare them so they know what to expect. You can do this by explaining exactly what coding is and going through a few of the most common languages they can expect to encounter.

You could do this by explaining what different languages do, using real-life examples to help them understand better. So, for example, you could take your child to a website and explain to them how JavaScript is a language that helps build web pages. This could be a great way to introduce a child to the concept of coding before moving on to the next step, which is actually teaching them how to code.

There are multiple options to teach your child how to code and we are going to cover some of my personal favorites. This will include in-person courses, online programs, and even app-based learning. If your child is already in their teens, you could even consider introducing them to a podcast that teaches people how to code and how to build a career in technology.

Learn to Code With Me has one of the most informative coding podcasts which is a good place to start.

If you are looking for a more flexible and affordable option, online courses and platforms are a great idea. Kids can learn to code at home on a flexible schedule in a way that feels more like a game than like another piece of homework.

There are thousands of coding-for-kids options to choose from, so the only difficulty is finding one worth investing in. Here are some of my favorites:

Start Coding With Your Kids Today

With millions of jobs predicted to be stolen by AI in the coming years, coding seems to be one of the few that will get by unscathed. If you do choose to invest in your child’s coding education, there is a good chance they’ll thank you for it one day.

Even if your child does not get into the world of tech, the benefits of learning coding in daily life cannot be ignored. Steve Jobs summed it up well when he once said,

💡 “Everybody in the country should learn how to run a computer because it teaches you how to think.”

Do you support teaching coding for kids? Share this with a friend that might find it useful.

What are the best beginner coding languages for kids? Find out here.

Burkhard Berger is the founder of awesomex™. You can follow him on his path from 0 to 100,000 monthly visitors on www.awesomex.com. His articles include some of the best growth hacking strategies and digital scaling tactics that he has learned from his own successes and failures.