Very few things in life that are worth doing will come easily, and of course, that includes learning to code and getting into tech. Overcoming obstacles is just part of the process! However, even if we know this in the logical part of our brains, it’s still frustrating to experience setbacks in the moment. I’m welcoming Josh Kemp to the podcast to discuss this. Josh—who was a blacksmith and farrier until getting badly kicked by a horse—is no stranger to life not quite going as planned!

After a period of intensive study, Josh landed his first tech role as a junior developer. He has since moved into test automation and currently works as a QA consultant, while continuing to pick up new technologies and skills on the side. (All without a college degree, by the way!) It’s also worth checking out his online course, The Fastest Way to Land a Tech Job

In the episode, we discuss four common obstacles to expect as you kick off your future tech career. Listen below!

Overcoming obstacles is part of the journey when getting into tech, but it’s worth persevering.

Obstacle 1: Not Knowing What to Learn in Tech

This is the first obstacle that any new coder will face while they’re still looking at lists of courses and technologies, baffled about which to choose.

In a previous episode, we’ve covered how to decide what programming languages to learn, but Josh has a great, practical tip to add for anyone who’s struggling and needs a general direction to start from. 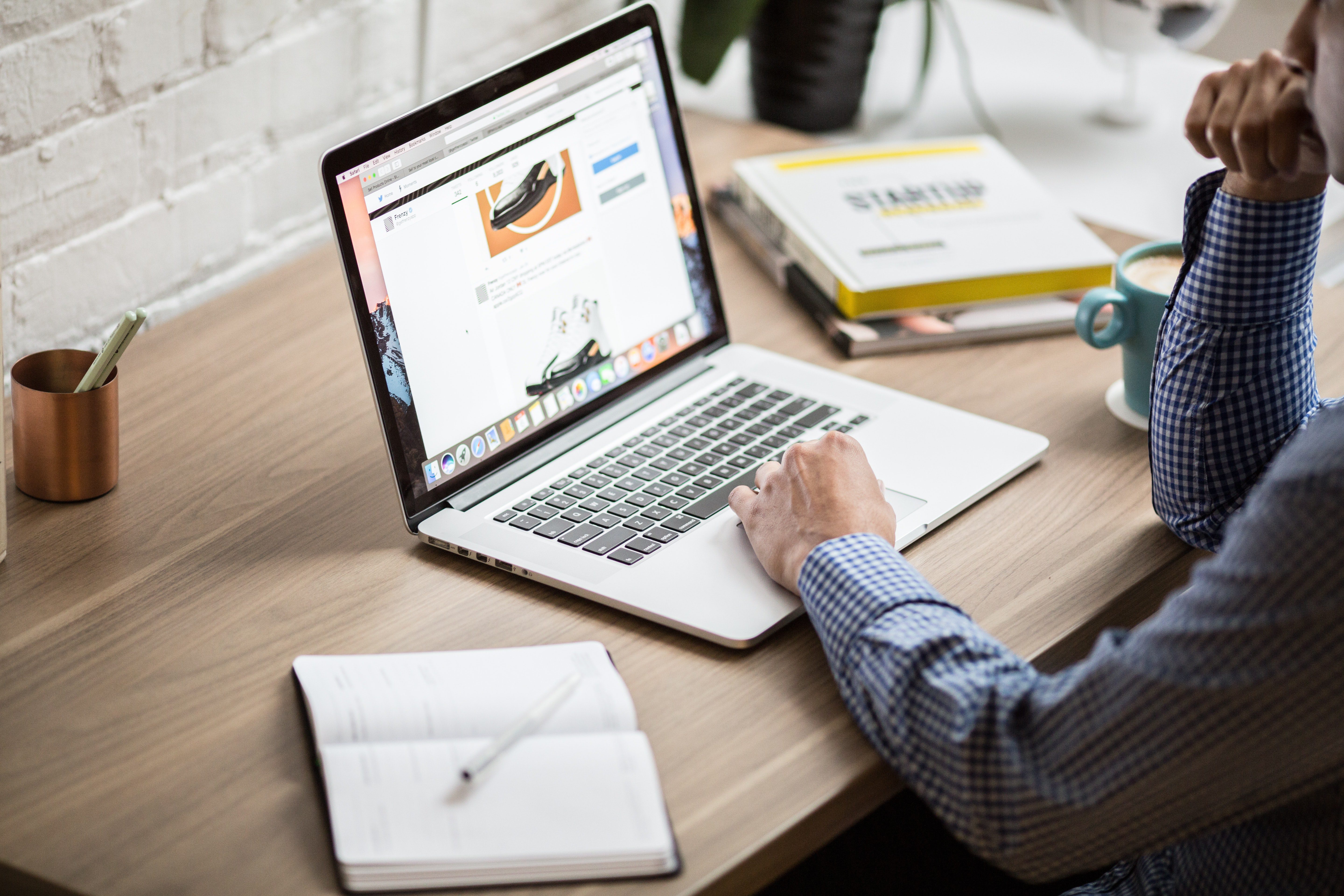 Here’s what you do: find which tech jobs are the hottest/newest right now, as they have more entry-level positions available. From there, reverse-engineer your skills to fit that role.

“Start with the end in mind,” says Josh. “When I started coding, I was like, okay, which job in 2012 is the hottest, which is newest? At the time it was Rails. I just Googled, went on LinkedIn and different sites, and I saw that there were junior Rails developer positions, but there weren't many junior C++ positions. So I thought, let's do the math here. Let's do the hot technology. And Ruby was for me, just a lightbulb of ‘I can learn these things. I can create a web application.’ In the end, I got a job with it. So I was just thrilled to find Ruby, and it worked out great.”

Obstacle 2: Having a Full-Time Job

Ah, time: there’s never enough of it, right? And when you’re working a 9-5, plus a commute, plus just living life, the hours can slip away quickly.

Josh has been there. While learning to code, he continued his regular job working with horses (with a broken hand, no less), plus raising a family. But again, he started with the end in mind. “I found two people who had taught themselves, and asked how many hours did it take you? And both of them had said about 1000. I thought if I work hard, I can get the same results.” 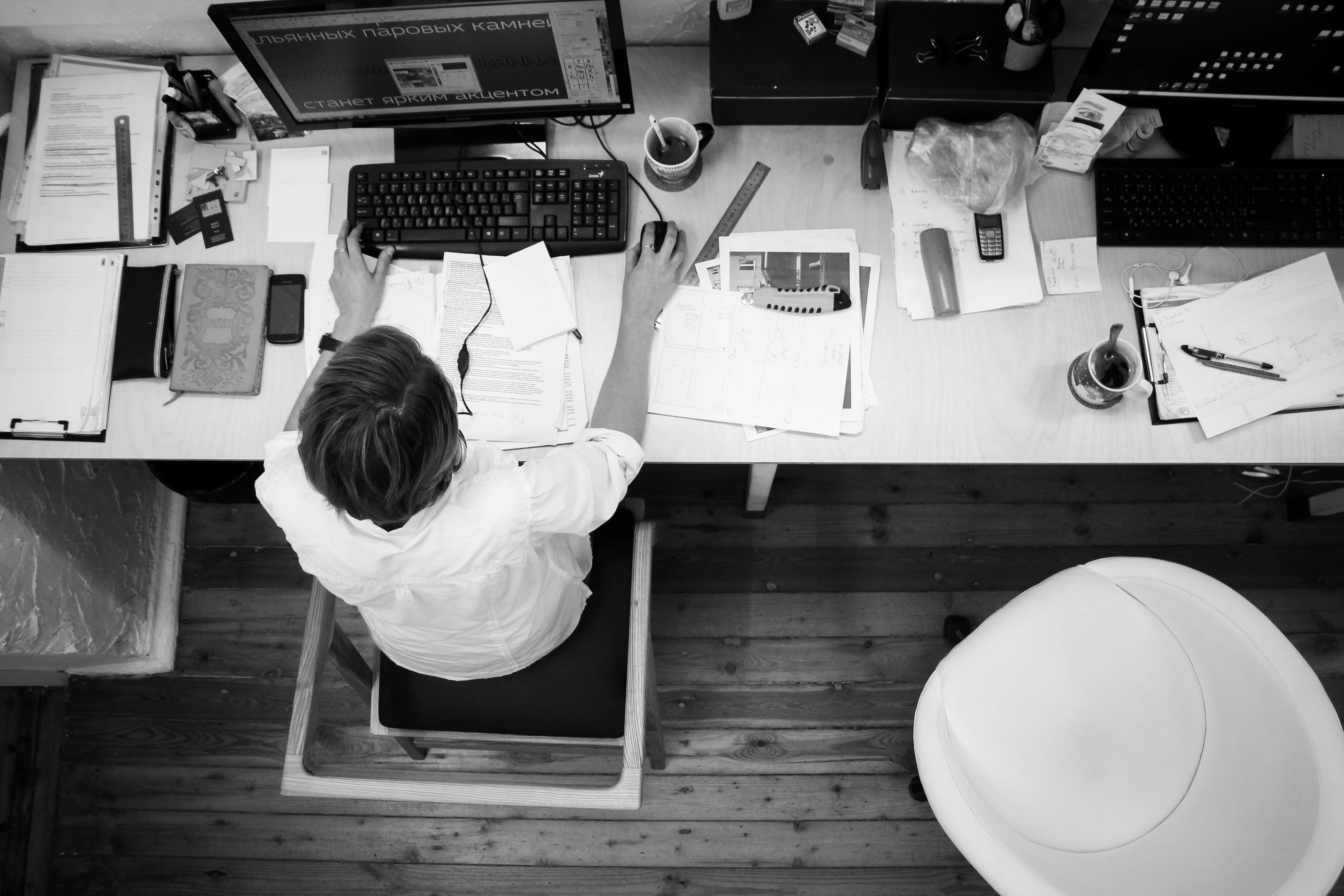 Starting from this 1,000-hour number, Josh did some division. “I figured in a year, I'm going to get hired somehow. And I needed 21 hours a week to make this happen. I talked to my wife and said, let's do three hours a day. So, we put the kids to bed at about eight o'clock. And that’s when we’d talk a little bit, then I would code from ten at night to one in the morning or later. Some days, horseshoeing would mess up my schedule and I would have to make up the hours on the weekends, but I had to make sure every week I had 21 hours. The cold, hard truth was, look, I’ve got to do the time. I’ve got to put it in.”

Try setting the same 1,000-hour goal for yourself! Josh ended up putting in only 827 hours of study over 9 months and 2 days before he landed his first junior developer role. Aim high and you might achieve your goals earlier than you think.

Obstacle 3: Dealing With Stress and Doubt

This obstacle is an internal one, but that doesn’t make it any less real. Maybe things aren’t going as quickly as you’d hoped, or there’s a concept you’re struggling to grasp, and it makes you wonder, am I really cut out for this? 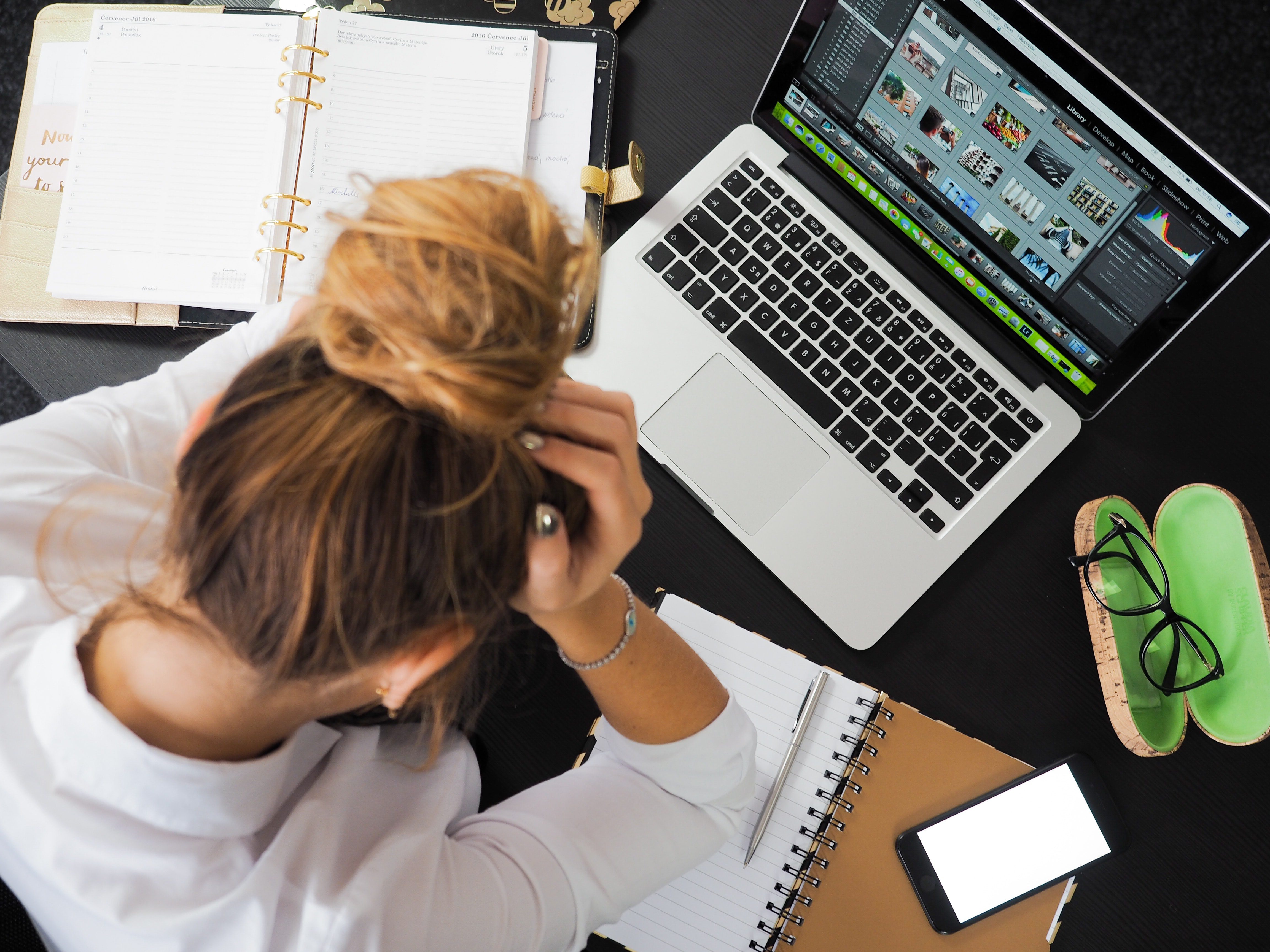 “I’ve had those moments where you feel like, I can't do this and everyone must be smarter than me, they're better than me, maybe I'm just not smart,” Josh says. But you get through those times.”

The solution here is multifaceted. First, it’s important to intentionally get out of your comfort zone and push yourself: foster the mentality that you’re tough and driven.

It also helps to have a compelling personal reason that will make the stressful times worth it. “For me, my kids were super motivating,” Josh says. “I need to take care of these kids. I feel like in hindsight, it was actually good to have all this pressure, because I almost couldn't fail. I had to make it.”

Obstacle 4: Getting That First Job in Tech

Getting the first job can be the hardest, because when your resume is still thin and more about what you’ve been learning than jobs you’ve done, you don’t tick as many boxes on job listings.

“Whenever I apply for a job (the traditional way), I never even get an interview,” Josh says. “And most people I talk to get discouraged with that and think well, obviously, I'm not qualified. The truth is, when you apply, it's this HR person who decides who's qualified by ‘Do you have a degree or no degree?’”

However, this isn’t as discouraging as it sounds. There are things you can actively do to increase your chances. Plus, all it takes is one person to take that small chance on you.

Josh’s first tip is networking. When you’re actively meeting people in the industry, you’ll be the one they think of when an opportunity opens up.

“I just figured if I'm helping out in the community, adding value, and giving small talks, someone's going to give me a shot. One day this guy came up to me and said ‘Hey, let's have coffee.’ At the time I didn't realize it was like an informal interview. And he invited me to a final interview. I wasn’t qualified, but they picked me because I had more enthusiasm and passion, and the other person (who had a degree and six years experience) just seemed like it was just another job.” 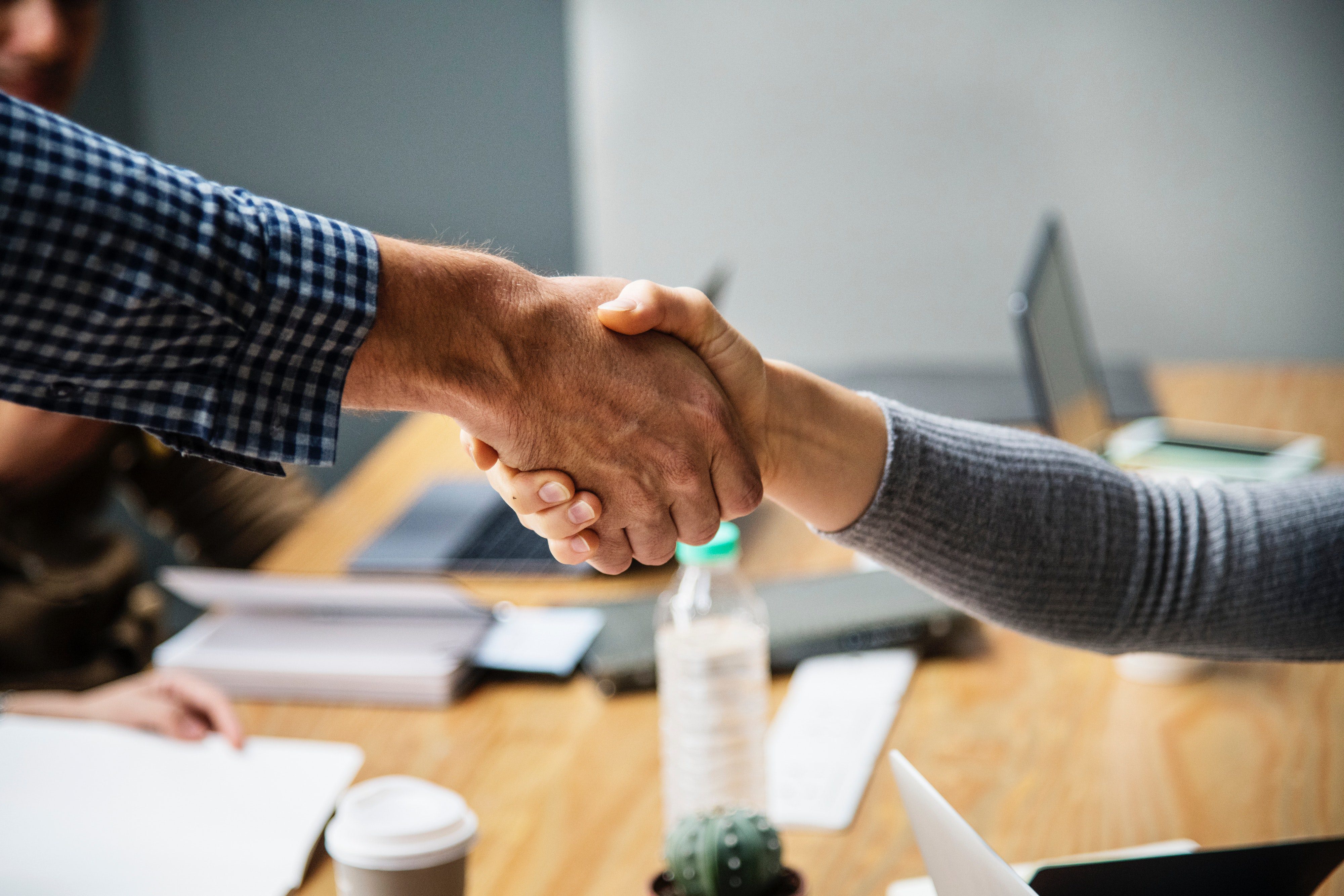 Another idea is to start a little lower down than you want at first. “If you are very new to tech and you can afford to take $45/50K, try to get into tech support. Then, if you do that, move on to QA. If you can make QA, then do test automation. If you still love coding, THEN do a junior dev role versus trying to go straight to junior dev. I actually like test automation and I still got to write code.”

The last tip? Instead of applying online, reach out to recruiters instead—or make it easy for them to find you. “Never apply for the job,” Josh says. “The number one rule is most recruiters get some commission off of you, if they get you hired.” Beef up your LinkedIn presence in particular (see The 5-Day LinkedIn Crash Course).

When breaking into tech, never apply for jobs the traditional way! Here's what actually works.

So many people in the tech industry have been through the same obstacles you’re facing as a new coder or job-seeker. Luckily, that means a wealth of crowd-sourced knowledge and tips for you.

Links and mentions from the episode:

Where to listen to the podcast

You can listen to the Learn to Code With Me podcast on the following platforms:

If you have a few extra minutes, please rate and review the show in iTunes. Ratings and reviews are extremely helpful when it comes to the ranking of the show. I would really, really appreciate it!

Special thanks to this episode’s sponsors 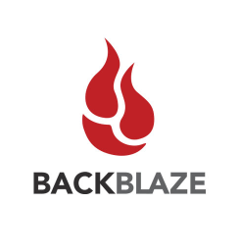 Backblaze provides cloud backup that's astonishingly easy and low-cost. Back up all your data and access it from anywhere in the world for just $5 per month. Start your fully featured 15-day free trial today at backblaze.com/learntocode.