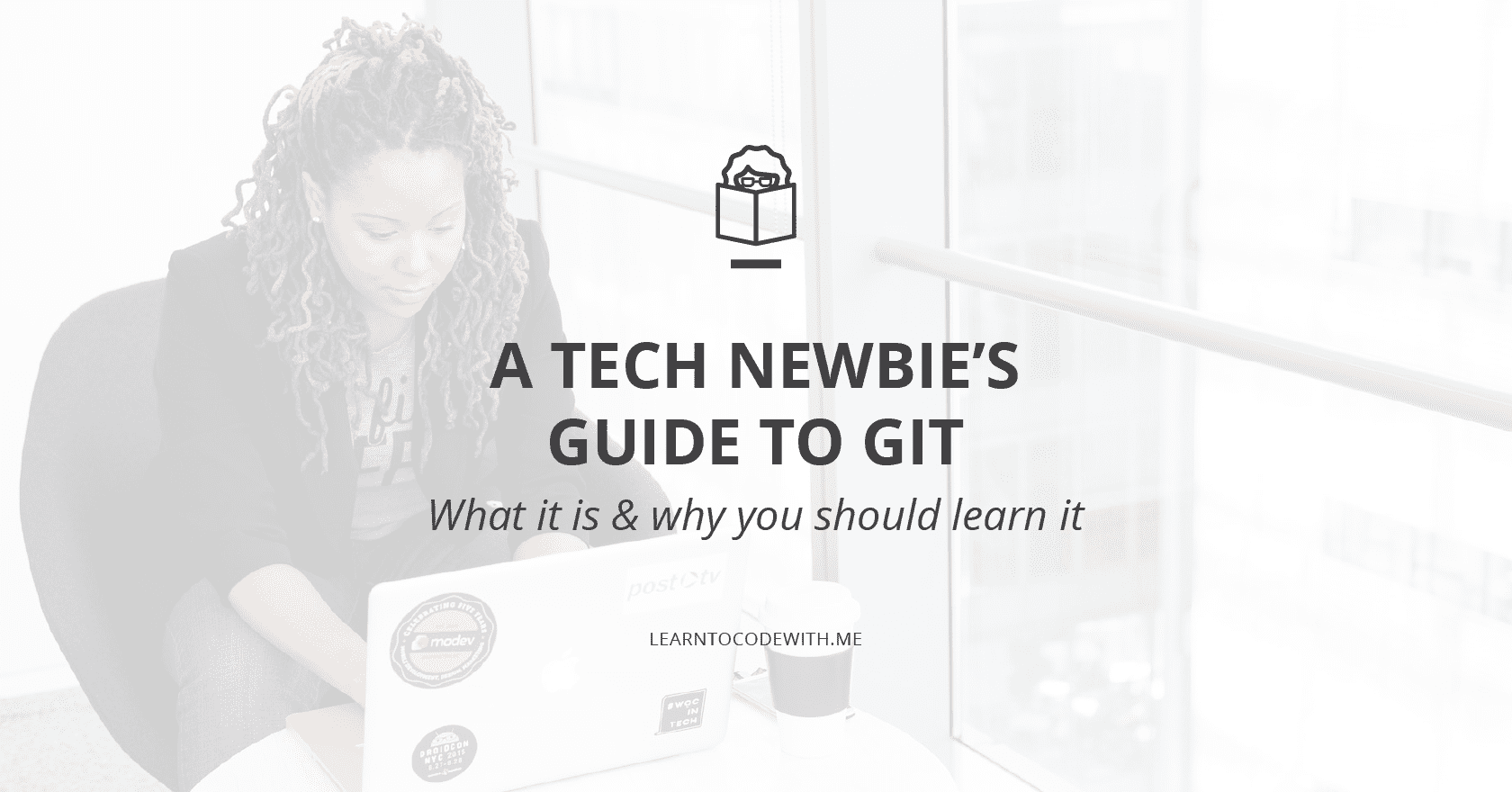 If you’ve dabbled in learning to code, you’ve probably heard of a tool called Git or GitHub.

Git is used by real-world programmers on a near-daily basis. According to a 2021 Stack Overflow developer survey, over 90% of respondents use Git, suggesting that it is a fundamental tool for being a developer.

So, what is Git and how does Git work? In this post, we’ll cover what exactly Git is, what it does, why you should learn it, and where to start learning Git. This post is for you if you’re new to coding and web development, or if you’re ready to take your skills to the next level and get job-ready.

Did you know over 90% of developers use Git? Here’s how to get started with Git.

Git is an open-source version control system created by Linus Torvalds in 2005. It is used for tracking changes in code during software development. You can do things like track project history and revert code back to the way it was in case of a mistake.

“Version control” refers to the process of tracking and managing changes to software code. If you’ve ever collaborated with someone in a Google Doc, it’s the same idea. In a Google Doc, anyone can comment, edit, or suggest changes, and everything is tracked. Things can also be reverted back if something bad happens. It’s the same idea with Git.

It helps teams of programmers coordinate work, but it can also be used to track code changes to personal projects.

While they’re related, Git vs GitHub are two different things. Git is the version control system itself, while GitHub is a cloud-based hosting service that allows you to manage Git repositories.

GitHub basically just makes it easier to collaborate using Git. It offers a place online to store projects and collaborate with others.

How to Use Git

There are two basic ways to install Git or use it on the cloud:

Whichever way you choose to install Git, here are some examples of how to use Git as a developer to improve your skills and career options:

Knowing how to use Git can open up a lot of new doors for you.

What is a Git repository? A folder in which different versions of projects are saved. It saves this code in a directory called .git, AKA the Git repository folder.

What is a Git branch? A branch lets you have multiple versions of the code in separate places. Your master branch is the default main branch. Separate branches can be merged to the main branch at a later time. Branches essentially let you experiment with different versions of the code because you can safely make changes to code without affecting the rest of the project.

What is Git commit? Instead of “saving” files, you make what’s called a “commit” periodically. This saves your changes to the local repository.

What is Git merge? Joining two or more commit histories, so you can combine changes from multiple branches.

What is Git push? A “push” is when you’re ready to share a piece of code you’ve been working on with other developers. You can push your commits to a repository that’s considered to be the master. Typically, not everyone has push access to the master code.

What is Git pull? Since not everyone has push access to master code, what happens instead is that developers push the code to a different branch and use a pull request to merge changes to the master. This pull request has to be approved by an administrator before it’s merged to master.

If you’re interested in learning Git to bolster your development chops, that’s awesome! Here are some things to know.

❓ Why should I learn Git?

Git is the most popular distributed version control system. There are other options out there (such as Mercurial and SVN (Subversion)), but Git is the standard and is used by most employers.

It’s listed in nearly every software developer job description. In fact, right now there are currently nearly 56,000 jobs on Indeed with the word “git” in the job description.

Collaboration is super important in software development. In the workplace, you’ll be working with other programmers all the time to complete projects. Without knowledge of Git, it can be hard to accomplish this level of collaboration. Not only that, but with so many companies going remote, you’ll need Git if you ever work on a remote team.

🤔 Is it difficult to learn Git?

Git is actually super easy to learn! You can start learning it as a complete beginner and use it on your very first coding projects. There are no prerequisites to learning Git.

⏰ How long does it take to learn Git?

It can take just a few hours to learn the basics of Git. For example, Codecademy’s Learn Git course is just 10 hours long. Version Control with Git on Coursera takes 13 hours to complete. Of course, there is more to learn, but about 2-3 weeks studying around 5 hours per week will give you a solid grasp of the basics.

How to Install Git and Start Using It

Hands-on practice is a great way to learn Git, so before you sign up for the Git courses below, go ahead and get it set up with a few simple steps:

Beyond that, it’s time to enroll in some courses to start learning more about git commands and how to use them.

Where to Learn Git

Check out these courses to start learning Git and using it in your projects:

Next Steps After You Learn Git

It’s an essential skill that will prepare you for life as a developer out in the real work world. Getting used to working with it early on can get you in the habit of using it, and it can save you time and frustration if things go wrong with your code. With Git, you don’t have to worry as much about making mistakes, because you can always look back and see where things went wrong. It makes you more flexible and organized at the same time.

The earlier you start learning Git, the more comfortable you’ll be while you experiment with code and grow as a developer.

Learn what Git is, what it’s used for, and how to learn it in this post!