Have you ever felt not good enough while learning how to code? If yes, then this article is for you.

Below Frances Advincula, a software engineer at nousDECOR, offers inspirational advice to those starting out in the programming world as well as to fellow women in the industry.

Frances is originally from the Philippines. She lived there till she was nine years old, when she relocated to the US with her family.

However, instead of staying in the US for college, Frances decided to return to Manila — the capital of the Philippines.

“In high school, I went through a funk, and I wanted to do one of those soul searching things and go back to my roots, as well as spend time with my grandparents while they were still healthy, as I grew up very close to them.”

In Manila, Frances attended a small, but technical college.

“I went to a very small college that was leading the new wave of digitalization in the country, so I had very hands on enterprise programming experience early on, as we had partnerships with places like Microsoft and IBM.”

Meaning unlike many of the previous women featured on Learn to Code With Me, Frances studied Computer Science as an undergraduate in college.

On Being a Girl in CS In the Philippines

Naturally, I was curious.

We all know that in the United States there is a disparity between men and women in college CS programs. Was this true for the Philippines, too?

According to Frances, the imbalance in engineering was present in the Philippines — at least at her college.

“My graduating class was about 20 Software Engineering majors, 4 of which were girls. Actually, now that I think about it, the top students in the class including the valedictorian was a girl.”

Despite the gender gap in her major, the Philippines has very “feminist roots”. She explains,

“We are very much used to having strong women. For example, we have had two female presidents. In fact, the Philippines made it to the top 25 countries for women list.”

Looking back now, Frances found that in Manila it's not a big deal for a woman to be an engineer, like it often is in the US.

“It is just kind of part of the norm. I think it goes back to elementary school. I have never heard of a Filipina kid say she doesn't like math because she isn't good at it. You just don't say that. Kids know it takes practice and hard work. They do a lot of homework, and they go to Kumon.”

To me, this is interesting.

I used to be one of those people who thought they were terrible at math. Even after I scored higher in the math section than the verbal on the SATs. (And I mean significantly higher — over 100 points better.) Only recently did I embrace the logical, problem-solving side of my brain that I had all along.

Advice to Others, With or Without Formal CS Education

Below is five pieces of advice Frances had to offer—especially to those without a CS degree and to women.

1. You Must Be a Self-Learner

Despite having a formal Computer Science degree, Frances is still learning constantly.

“Most of what you use in your day job you won't learn from school. Formal CS gives you the basics (data structures, logic, etc) and trains you how to think .”

Academically trained or not, professional programmers and engineers need to keep learning.

“So to be good in tech, you really have to be a self-learner. You have to be hungry. If you are not motivated to learn by yourself all the time, you will get left behind.”

If you don't have the time to go back to college, don't fret. There are other options.

“.. Don't overlook bootcamps such as the women-only Hackbright Academy in San Francisco. They are great in that they teach you full-stack engineering using the languages everyone is using in Silicon Valley, as well as launch you into a network of professionals and startups that want to hire you.”

Whether you are being academically trained or not, it's very beneficial to gain some “real world” exposure.

4. Get Involved in the Community (Online and Offline)

Seriously, you can only get so far on your own. Working with others on projects, taking in-person classes and getting mentorship is also crucial when it comes to learning how to code.

“If you don't have a lot of experience, get some! This doesn't necessarily mean an internship, at least right away. Blog your way through the books that you read or the classes that you take. Contribute to open source and quantify everything. Create a Github account, and contribute to projects that make the world a better place through Code Montage.”

For the ladies out there, she also advises joining local meetups that empower women to code. Frances personally loves Girl Develop It.

5. (For Women) Dealing with Imposture Syndrome

Again, I think we are all aware of the lack of women in tech. (At least in the US.) It's a topic that has been in the public discussion for some time.

And if you happen to be one of the few women at your company or in your department, here's what Frances suggests,

“Most importantly, you will feel like you don't belong, but you have to be strong in your conviction that yes, you do belong there just as much as anyone. This is normal. I still feel like this all the time.”

“‘When you find yourself feeling intimidated (and it’s going to happen, trust me), please remember my advice. You have every right to become a computer scientist and enjoy a career in tech. Don’t let anyone take that away from you.' “

On a final note, Frances reminds us that it will be difficult.

“Engineering is hard. But it will be worth it. Solving problems and building actual products is very, very rewarding. Just don't let anyone tell you that you don't belong. And always, always remember that no matter what happens, know you are capable.”

Engineering is hard. But worth it. Solving problems and building products is rewarding

To learn more about what Frances thinks on starting a career in tech as a woman, continue here. 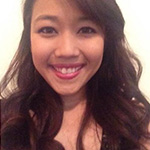 Below are a few summarized resources that Frances recommends.

Thanks Frances for all the great advice!

For more information, you can find Frances on Twitter here.