LTCWM > Blog > What to learn > Subject > What Is Virtual Reality? How it Works & Exciting Applications 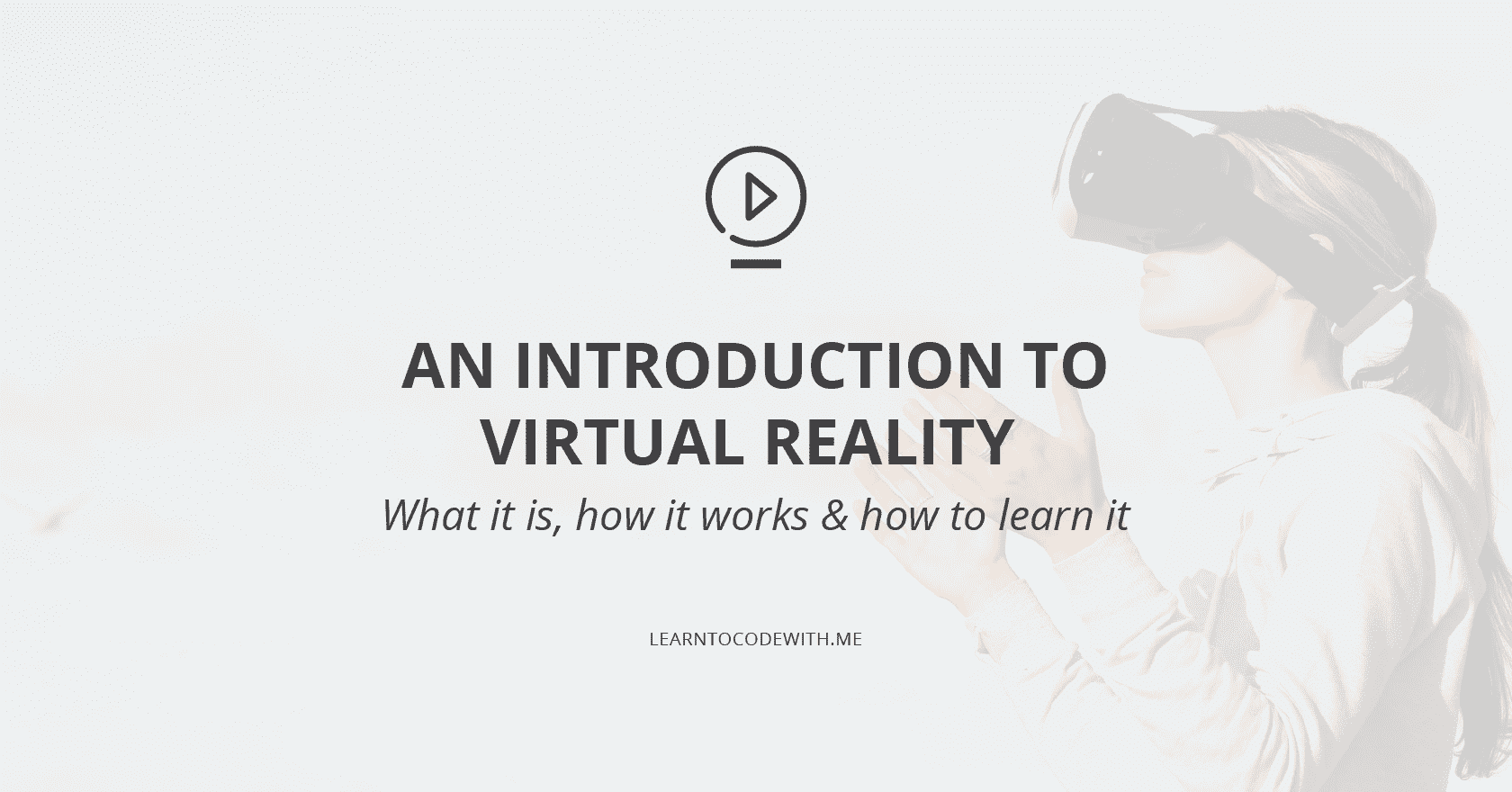 What is virtual reality? Commonly abbreviated VR, it isn’t just for gamers these days. VR and AR (augmented reality) can be used to immerse you into completely new worlds—or enhance the real world—to help with job training, healthcare, art, and much more.

In this article, I’ll break down what virtual reality is; what VR is used for; how VR works, the differences between VR, AR, and MR (mixed reality); where the future of VR is heading; plus some resources to help you learn VR and related technologies.

What Is Virtual Reality (VR)?

Let’s start at the beginning and define virtual reality! 👇

Virtual reality definition: A computer-generated simulation that people can interact with in a 3D (three-dimensional) environment using physical devices and wearables like smart phones, special goggles, headsets, gloves with sensors, etc. It typically includes auditory and video elements, but may also include other types of sensory feedback through haptic technology (i.e., any technology that allows you to “feel” something), such as through vibrations.

Now, let’s cover a little of the history of virtual reality. When was virtual reality invented? Despite how futuristic VR still sounds, its first incarnation might be earlier than you think. Virtual reality technology was invented in 1957 by Morton Heilig, a cinematographer who invented the Sensorama — an immersive, multi-sensory movie theater device. It simulated a motorcycle ride through New York (it even triggered the smell of pizza using chemical odor emitters!).

However, the term “virtual reality” wasn’t coined until 30 years later in 1987 by researcher Jaron Lanier. You can read more about the history of virtual reality here.

Another important thing to know is that there are different types of VR technology: full virtual reality, augmented reality, and mixed reality.

Collectively, all of these technologies are known together as extended reality, or XR.

Learn what virtual reality (VR) is, what it’s used for, and how to learn it in this post!

What Is VR Used For?

There are tons of virtual reality uses and applications. You might commonly know it as a form of entertainment through video games and fun interactive experiences. But there are other ways that VR is used beyond gaming.

Here are a few fascinating virtual reality examples that already exist in the real world:

As you can see, these virtual reality applications are already improving the way people live and work!

How Does VR Work?

Since VR simulates human vision, a VR headset puts up a screen for each eye. Two “autofocus” lenses are also placed between the screen and your eyes to help adjust based on your eye movement and positioning. The visuals you see are rendered by a mobile phone or HDMI cable connected to a PC or TV.

To make the experience more realistic, VR headsets aim to create a field of view (FOV) that is similar to a human’s. An average human can see around them in a 200 to 220-degree arc around their head. VR headsets can only do a 114-degree arc, but work is being done to achieve an 180-degree arc.

Other important elements of VR are sound, and eye and head tracking.

When it comes to sound, something called “spatial audio” is used to create a simulated audio landscape based on visuals.

Motion tracking involves something called DoF, which stands for “degrees of freedom.” There are currently two types: 3DoF and 6DoF.

For developers looking to get into VR development, common languages include C#, C++, Java, JavaScript, and Python.

What Is The Future of VR?

So where is VR heading? With COVID-19 restricting us from going out as much in 2020, VR has been experiencing a big rise to make up for going out in “real life.” According to research, the global virtual reality market size is expected to grow to 62.1 billion dollars by 2027.

Some other parts of the future of virtual reality technology to look forward to:

Some possible virtual reality uses we’ll see in the near future include:

We’ve only just started seeing the benefits of virtual reality in action.

Here are a few VR-related careers, along with their average salaries:

Where to Learn More About VR

Are you thinking about getting into the field of virtual reality yourself? Virtual reality market growth has never been higher, so it’s a great time to start gaining skills that will get you a job at the virtual reality companies doing exciting things.

VR is a good field to get into — especially now. There are tons of different industries using VR right now, and if they’re not using it yet, they surely will be in the future. Within the next decade or two, there might be virtual reality companies doing things we can only dream of now!

Ultimately, it’s an exciting field with lots of applications that will make a real difference in the world. If you’re looking to get into a useful, exciting, and future-proof career, virtual reality might be the perfect fit.

Looking to get into an exciting and future-proof career? Virtual reality might be the perfect fit. Learn more about VR in this post.