LTCWM > Blog > What to learn > Skill > What Is C Programming? Why Learn C? 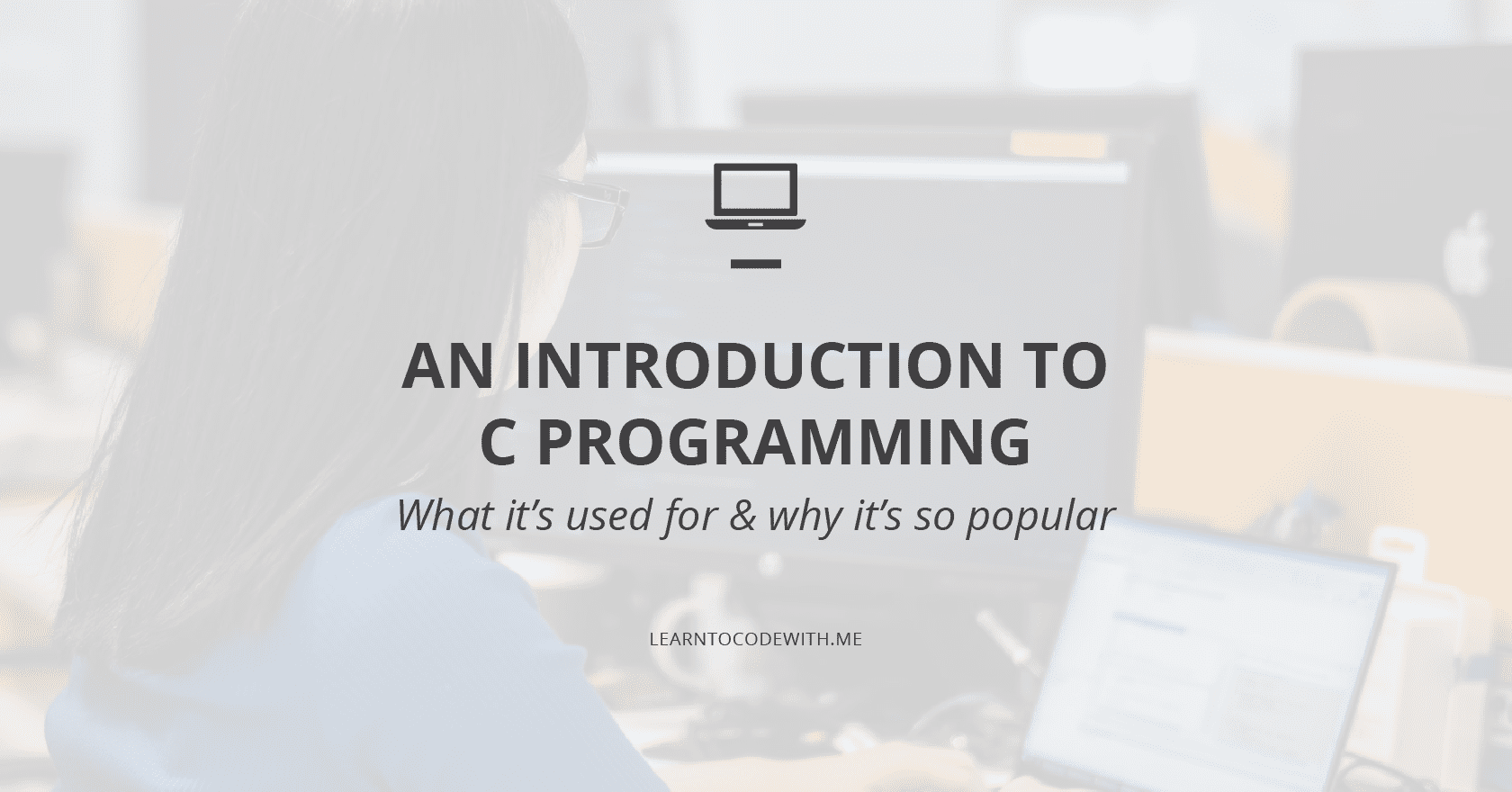 What is C programming and why should you learn it? The C coding language is a general-purpose “procedural” programming language. It is not an object-oriented language like Python or Java.

As of March 2022, C is the second most popular programming language (after Python) according to the TIOBE Index, so it may be worth learning! It was also “Language of the Year” in 2008, 2017 and 2019. It’s been around for about 50 years, which is pretty incredible for a coding language!

In this post, we’ll cover more about what the C programming language is, some reasons to learn C programming, a few C syntax examples, the best way to learn C, and more. If you’re a complete beginner to this language, you’re in the right place! This is a quick guide to C programming for beginners.

What is C and should you learn it? Find out in this post!

C is often called a middle-level language, which means it bridges the gap between machine code/assembly language that can convert to machine code without a compiler or interpreter, and a high-level language like Python, C++, or Java.

Since C is procedural, it does not support classes and objects, meaning it has less functionality than a language like C++ does.

What is C programming used for?

Since it is fast and performs almost as efficiently as assembly code, C is often used to develop software like operating systems, databases, compilers, embedded devices, etc. It is also used in kernel-level software and hardware drivers.

It provides base-level access to memory, and it requires very little runtime support.

C is one of the lowest-level languages that is still readable (compared to binary code with 0’s and 1’s).

C++, like C, is considered a mid-level programming language that’s faster and closer to machine code; it is both a high-level and low-level language. Some more facts about C++:

C# is considered a high-level language. Here’s a little summary of C# as a language:

As you can see, the three of them are related (which is why they all share similar names), but C and C++ are closer to one another than either language is to C#.

Why learn how to program in C? Learning C can actually make it easier to learn and fully understand other programming languages like C++, Java, or Python.

It gives you a solid understanding of how programming languages work since it is a base-level language that’s closer to the machine.

The C language syntax teaches you how to write efficient and fast code, so it could even be a good first programming language providing a foundation to build on.

How Does C Work? What Does it Look Like?

All C programs must be written using this structure:

Where to Learn C Programming

Most of these courses cover C programming for beginners. If you want to get really good at programming in C, I’d point you toward the third on the list (the professional edX certificate).

Disclosure: I’m a proud affiliate for these courses. If you buy a course through these links, I may get a small commission for referring you. Thanks!

Is It Difficult to Learn C?

C is actually considered a simpler language when compared to other programming options. In fact, many programmers learn it before moving on to more complex languages.

However, some consider C to be more difficult to learn than JavaScript, for example. And it’s certainly harder than the super-simple languages like HTML and CSS (which are usually the first two I recommend.

Just like any skill, you’ll need patience to learn it, but it shouldn’t be too difficult! And then you can move on to a “harder” language, which won’t seem so hard anymore—because you’ll have a good understanding of how a computer actually works.

All things considered, it can open a lot of doors to learn C programming! It could be an excellent language to add to your arsenal.

What is C? Quick overview of programming in C